SKIMT render services to the local business community facing problems to take effective decisions due to insufficiency of data by conducting surveys and supplying specific information needed for taking decisions.

Smile Foods, Sivakasi - Market survey on "Consumption of Traditional Snack Foods" was undertaken for Smile Foods, Sivakasi during the month of June 2018. about 250 retailers and 350 consumers are surveyed with a structured questionaire covering Virudhunagar & Madurai Districts. 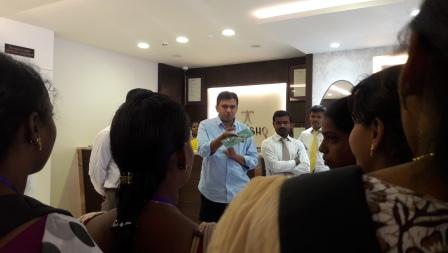 TANISHQ, SIVAKASI To assess the brand awareness of TANISHQ & the conversion of TATA GOLD PLUS into TANISHQ at Sivakasi 1200 potential customers of Virudhunagar District were surveyed by the I & II MBA students during the 3rd & 4th week of July 2017 and the consolidated analysis of data collected was updated to TANISHQ.

Photos - Orientation given by Mr.Rajeswaran, Manager, TANISHQ, Sivakasi & his team 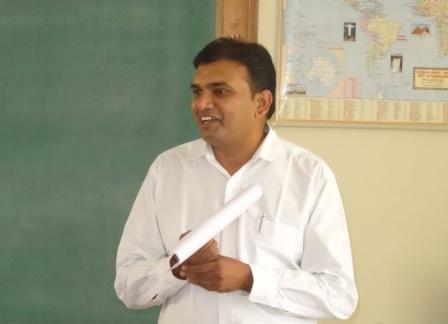 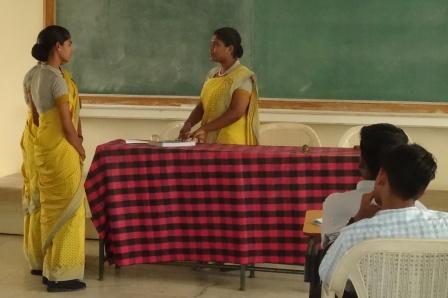 SKIMT offered consultancy service to Tata Gold plus, Sivakasi during February, 2012 by conducting a survey titled “Consumer Purchase Decision making in Gold plus from Tata, Sivakasi”, as it is the one and only branded jewellery in Sivakasi. The study concentrates on the Purchase Pattern of Consumers, factors that influence the purchase of   Jewellery and the level of Satisfaction with regard to the various products attributes of Gold Plus. The research is descriptive in nature and carried down by 11 marketing elective students of 2010-2012 batch. The list of customers was obtained from Gold Plus from Tata, Sivakasi and 76 customers are selected randomly from the rural as well as urban areas of Sivakasi using Proportionate stratified random sampling method. The students have a good exposure of how to interact and handle the customers of different base.